It is Finished: The Good Life 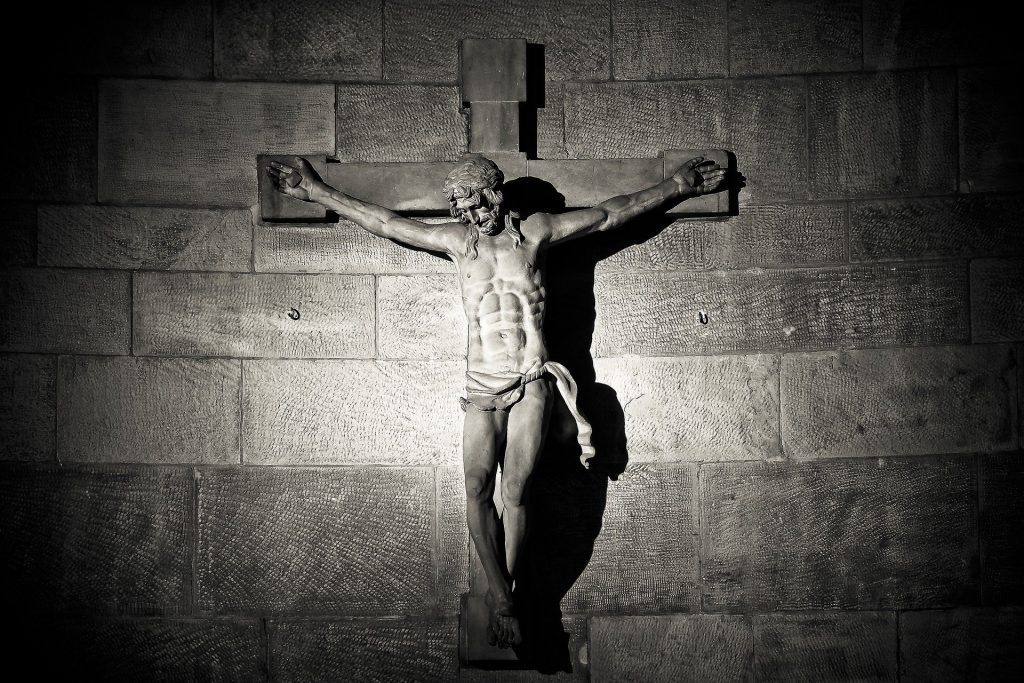 Yesterday, I remarked to a friend, “If I don’t make it through this, it’s been nice knowing you and I will see you on the other side.” I was referring to the extensive work involved in removing clay from my yard after having a new sewer line installed. This “do-it-yourself” project was nearly killing me. Hence, the comment.

As I returned to my backbreaking work, my jesting comment gave rise to some serious thinking. I wondered what a good life was and whether or not I had lived one. What measuring stick would become my standard of assessment? Is one person’s “good life” another person’s nightmare? With Easter just around the corner, I even considered Jesus’ last words and wondered what I would utter at my own death.

It sounds like I was having a pretty morbid inner dialogue, but it sure beat focusing on all the lawn work I had to do and the difficulty of bending up and down so many times. Though my mind assures me that I am still twenty-one, my aches and pains tell a different story. I wondered if the words, “It is finished” had anything to do with living a good life.

The Raspberry of Kindness
While shoveling away another load of clay I thought of Ilse, a concentration camp prisoner of the Nazis during WWII.1 The New England Holocaust Memorial contains quotes from Holocaust survivors that are etched in glass. This one comes from Gerda Weissman Klein, “Ilse, a childhood friend of mine, once found a raspberry in the camp and carried it in her pocket all day to present that night to me on a leaf. Imagine a world in which your entire possession is one raspberry and you give it to your friend.”

Despite her dire circumstances and lack of proper nourishment, this raspberry stood for something other than food; it stood for goodness, kindness, generosity, and love that was shared with another human being. What moves someone to give away such a prized possession under life and death conditions? This was quite different than accidentally dropping a piece of scarce bread in the Warsaw Getto where fights broke out over who would snatch it up. Did Ilse know something about a good life that I didn’t?

Pleading for Tabitha
In the midst of my grunting and sweating, I also remembered the story of Tabitha in Acts 9. Tabitha lived in Joppa and was known for her charity, kindness, and good deeds. When she fell ill and died, the community was devastated. As her friends gathered together to reminisce, weep, and display the tunics she used to make, they also sent for Peter and implored him to help them. A valued member of the Christian community had passed and maybe Peter could turn the situation around. To their great joy, Peter raises Tabitha back to life.

This is the part of the story that struck me—that Tabitha’s friends intentionally solicited Peter’s help on her behalf. I wondered if anyone would plead for my own resurrection when I died. Tabitha lived such a good life that it positively impacted those around her. Did this have something to do with living a good life?

It is Finished
I finally took a break, sat in the shade, and sipped on some ice-cold water. The stories of Ilse and Tabitha were insightful, but it was time to reflect upon those haunting words of Jesus himself, “It is finished.” By the time my break was over, I gained new insight into living a good life. It may be best to simply quote the words of Peter W. Marty: 2

“When Jesus says, ‘It is finished,’ the Greek word is tetelestai, from the root teleo or telos. His life has reached its proper end or goal—in terms of not depletion but completion, not quitting but fulfilling. Jesus has accomplished that for which he came into the world. He attains his telos, his purpose, embodying the love command in its many expressions. In the end, he dies a completed life, not a finished-off life.”

Did Jesus live a good life? It depends on your standard of measure. Obviously, he had no place to call home, possessed no material items to speak of, and he died a criminal’s death. According to contemporary standards, that doesn’t even come close to success. It seems, however, that we are using the wrong measuring stick to evaluate a good life. Maybe we should ask if Jesus lived a purposeful and meaningful life. Did he accomplish all that God laid upon his heart? Did he die a completed life? Did it reach its proper end? That is a different standard, and one that makes sense to me.

Life’s Proper End
My break was over, my work gloves were back on, and a feeling of contentment swept over me as I realized afresh that a good life has nothing to do with materialism or status. It has everything to do with whether or not a life has reached its proper end. Was I moving in the direction of my telos so my life could culminate in its proper end?

I felt like the Olympic runner Eric Liddell who said, “God made me fast. And when I run, I feel His pleasure.”  Eric experienced joy and meaning in his life when he utilized his God-given talents. When we link our giftedness with our passion we move in the direction of our telos. I have taken the time to ponder who I am, how God has gifted me, and what I am passionate about. It helps me focus on my purpose so my life can reach its proper end. I doubt I will ever be crucified on a cross like Jesus, but when my life is over, I may be able to recite his words in good faith, “It is finished.”

Are you moving in the direction of your purpose? Will your life have reached its proper end when the last chapter is written? If you need time to think more about it, pick up a shovel and help me move some clay. Your back may get sore, but you can sure do a lot of thinking. – TSW © T. S. Wise, 2020